Melchor, Gaspar, Baltasar and the Faculty of Fine Arts of the Complutense University of Madrid. All of them our protagonists of today and, for having been good, coal!.

The story is simple to tell. For a year and a half, we have been disseminating the work -hermetic- of a draftsman and painter who entered the Fine Arts in the seventies and, with humility, astonishes, but who, due to stage fright, did not dare to expose, and that “anonymity”, sometimes, it prevents us from spreading the genius of his painting. So much so that forty years later we discovered with astonishment that his “notes to the natural” still continue in the University, as a model and example for generations of painters. Raúl Romero Altares, who died four years ago, and there is no day that the writing of this modest blog does not surprise us.

An old faculty member alerted us, we contacted the Complutense and … Romero’s drawings -carbons- they have been digitized, appear on the property of the University and are, in the silence of the classrooms and time, referents of talent and art for those who contemplate them This is the case of the image: charcoal, drawing from nature, course 1976, 100 x 70 cm, under the mastery of Professor Echauz, a naked female model captured on Ingres paper with extreme perfection. Romero was 21 years old. Fine Arts kept his drawings of then, and to try to take control of one of them today would be like trying to buy a Prado canvas.

Young Romero, and all the students in his class, were taught the technique. The carbonized charcoal “that stick of light wood” black zaino, and his stroke, his blur, his lines, did not remain in sketches, but he delivered them as a finished work. Masterly.

The technique of charcoal drawing is basic and ancient, -dry- surely the first with which the human being began to draw, and that artists have used for centuries to form in the drawing because its ease of deletion allows numerous corrections in the form and has great capacity for chiaroscuro. It is a prior technique to deal with techniques with colour such as pastel or oil, although it does not have less artistic value. In the Renaissance, its time of greatest splendour, it was used by all the great masters -Michelangelo or Tintoretto, Tiziano or Rafael, El Greco or El Bosco-, and throughout history by others such as Gustave Courbet, George Braque or Pablo Picasso At present there are numerous artists who base their work on this technique, since by its expressive qualities it allows a great variety of aesthetics.

Tradition says that their Majesties the Magi when we behave badly during the year bring us coal instead of gifts. In this case discovering that our coal is in the University is the best gift to start the New Year, and now that you read the information even more to share with you the enormous pride that it produces. Happy three king’s day!.

This site uses Akismet to reduce spam. Learn how your comment data is processed. 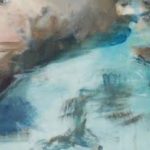 RAÚL ROMERO AND HIS PERCEPTION OF WOMEN 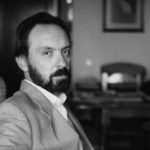